”Airport Turkish Delight”, an event organized by the Bucharest Airports National Company, in partnership with the Embassy of the Republic of Turkey in Romania and Turkish Airlines, on the occasion of the National Day of Turkey.

The festival was held in the new "Departures" terminal of Henri Coandă International Airport and it is part of the Bucharest Airports National Company program "The Airport – a cross-cultural bridge".

The event was also attended by the Turkish Ambassador to Romania, Her Excellency Mrs. Füsun Aramaz.

The passengers could enjoy a concert of Turkish music, folk dances, a water painting demonstration, an exhibition of photography and folk costumes, as well as a some Turkish food products. 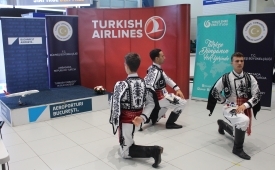 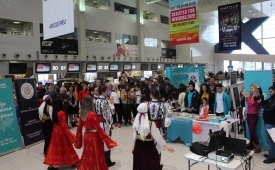 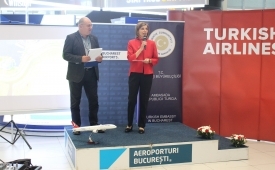 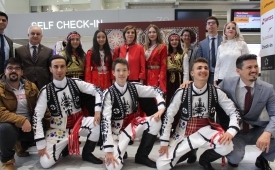 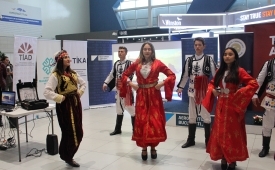 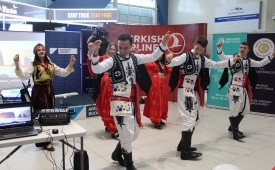 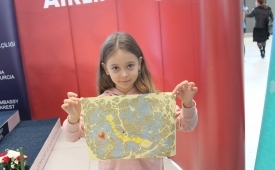