The history of  Bucharest Henri Coanda International Airport is rooted in the vision of passionate and courageous people, who contributed decisively to its construction and logistic organization. Today we had the honour of being visited by the retired Colonel Constantin Diaconu Colintineanu, head of the Defense Commission, who in the 60’s, found the optimal solution for building the terminal at the highway and moving the military unit with all its outbuildings in the southern part of the current airport. The project was managed by the Civil Aviation Airport Directorate, subordinated to both the Ministry of Transport and the Ministry of Defense. In 1966, the works at the airport were starting to rise, and in 1969 everything was ready, before the visit of Richard Nixon.

On the occasion of the visit that Col. Diaconu-Colintineanu payed at the airport, as sign of gratitude from Bucharest Airports National Company, he was offered an honorary plaque by the general manager of the company, Mr. Cosmin-Cătălin Peșteșan. At the same time, Col. Diaconu-Colintineanu was presented with the important modernizations brought, over time, on the apron and at the passengers terminals. Today’s event reminded us how important it is to honor the contribution and merits of those who made possible our activity and the facilities which allow the freedom of movement we enjoy today. 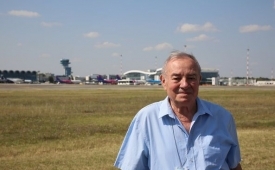 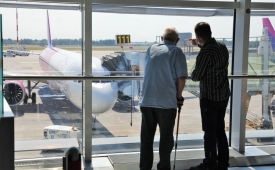 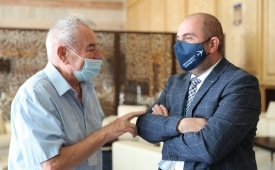 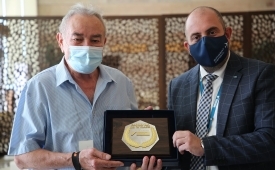