Bucharest Airports National Company, in cooperation with The Bucharest Municipality, through Creart – Centre for Creation, Art and Tradition, organized on June, the 30th 2017 a special event, meant to promote the Romanian traditions and the authentic folklore.

Therefore, the passangers who arrived on Bucharest Henri Coanda International Airport, were welcomed by a show of traditional Romanian music and dance, offered by the “Cununa Carpaților”ensemble, that managed to delight the public with their great performance and their beautiful costumes. Furthermore, Alexandru Ilinca, one of the most appreciated Romanian craftsmen, held a demonstration of craftsmanship, learning the people gathered around him some of the secrets of making and wearing the Romanian “opinci”.

The event was a short preview of the 11th edition of the International Folklore Festival “Music and Traditions in Cișmigiu”, that took place between June the 30th and July the 2nd 2017, in Cișmigiu Park, in Bucharest. 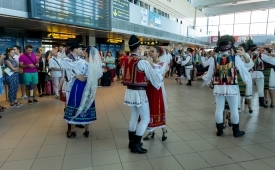 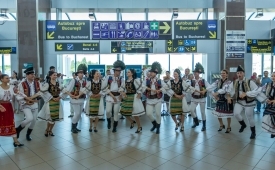 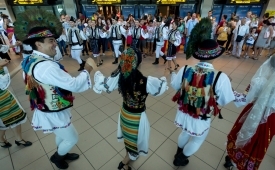 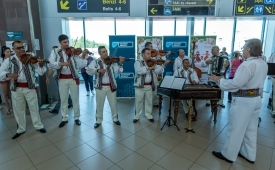 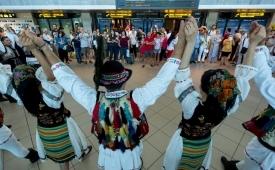 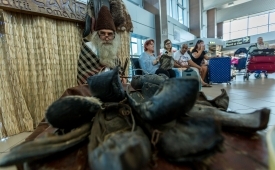 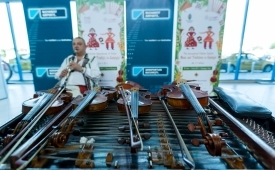